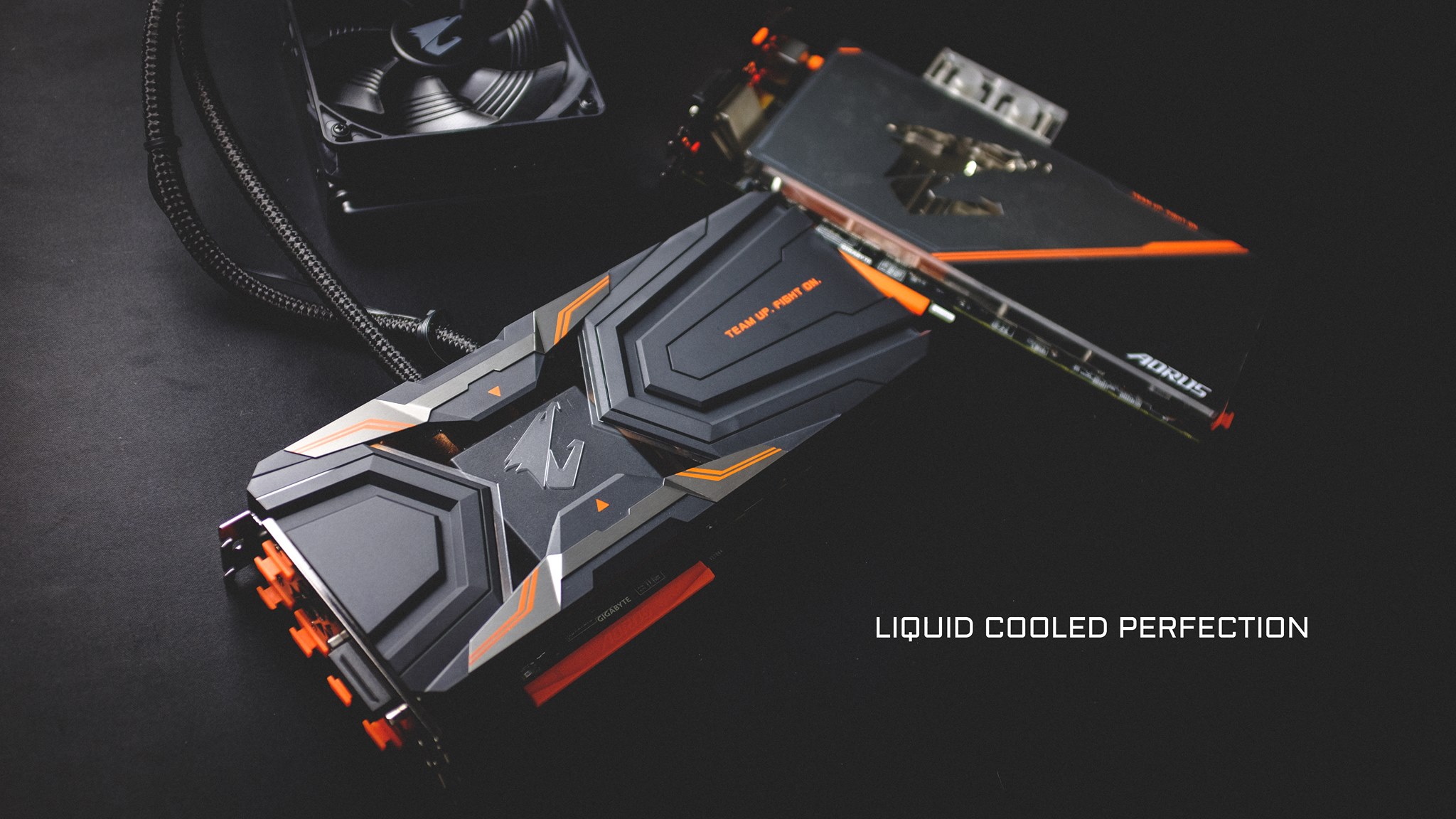 Both new offerings from AORUS combine the most advanced Pascal architecture with the exclusive GIGABYTE WATERFORCE liquid cooling designs to deliver the fiercest cooling in silence for the most intense 4K or VR gameplay. AORUS provides an all-around cooling solution for all key components of the graphics cards from the GPU to the VRAM and MOSFET, ensuring stable overclocking operation along with an extended product life.

Through GPU Gauntlet Sorting™, these two cards are forged with only the top-notch cores for pushing the GPU performance to the limit, making them two of the fastest, and most overclockable GTX 1080 Tis on the market. The cards also feature enthusiast favored customizable lighting with RGB Fusion, VR-friendly connectivity, and premium quality components, such as the 12+2 power phase and the aerospace-grade PCB protective coating, to take gaming experiences to a whole new level. Giving users extra peace of mind, both cards are covered by AORUS Care 4-year warranty.

The AORUS GeForce® GTX 1080 Ti WATERFORCE Xtreme Edition is easy to install and requires minimal care and maintenance with its all-in-one liquid cooler design. It is ideal for those looking to build with a liquid cooled setup for the first time. 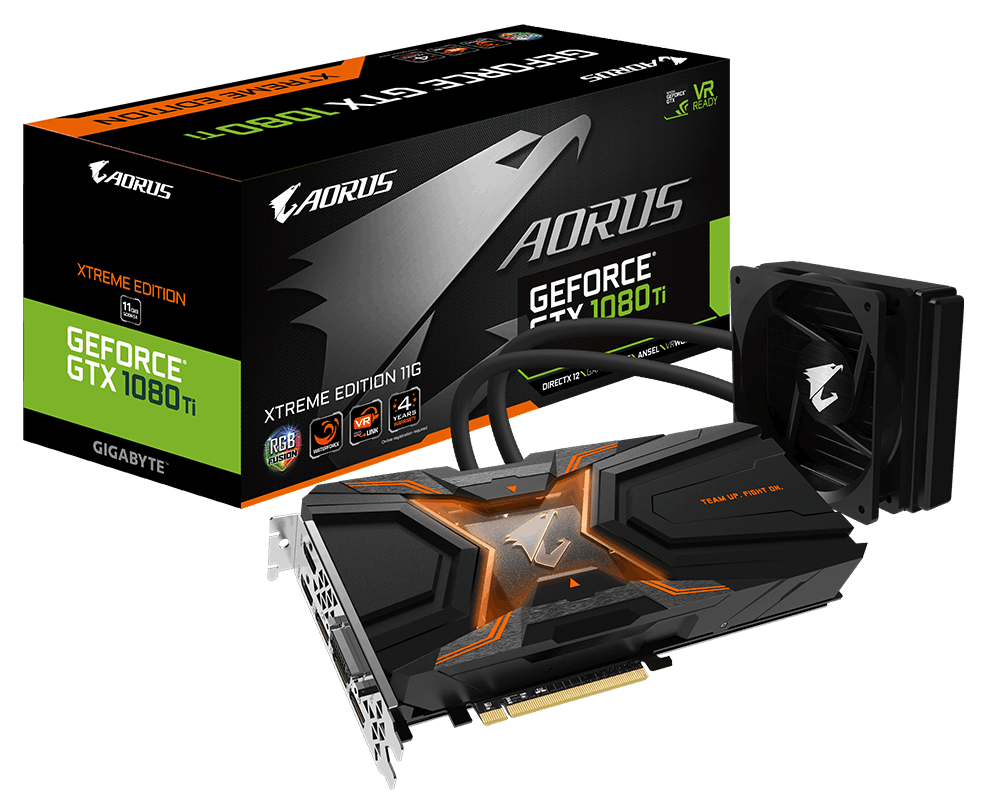 The card comes with a fully-sealed WATERFORCE cooling module that actively draws heat away from the GPU and all critical cores with a large copper base plate. The heat is then dissipated using a pre-installed 120mm aluminum radiator with a double-ball-bearing blade fan for keeping the temperature in check for a longer lifespan. The braided FEP tubes feature high thermal stability, high pressure tolerance, and nearly no moisture absorption, ensuring greater durability. The copper back plate also draws residual heat from the back of the GPU, providing a well-rounded cooling solution.

In terms of output, the card is ready for virtual reality applications with the AORUS VR Link. This VR-friendly technology offers 1 native front-facing HDMI port to easily connect a VR device from the front of a PC and 2 HDMI ports at the back. With a total of 3 native HDMI ports available, the card provides flexible and VR-friendly output connectivity for enthusiasts to enjoy VR while using HDMI displays at the same time without the hassle of swapping cables or using any additional adaptors.

Designed for hardcore liquid-cooling enthusiasts, the AORUS GeForce® GTX 1080 Ti WATERFORCE WB Xtreme Edition sports a pre-installed water block with a large copper base plate that directly cools the GPU core, VRAM and other vital components. The optimized liquid flow over these critical areas is able to rapidly remove heat, keeping the card cool and stable even when aggressively overclocked. Excessive GPU heat can be dissipated through the advanced copper back plate. 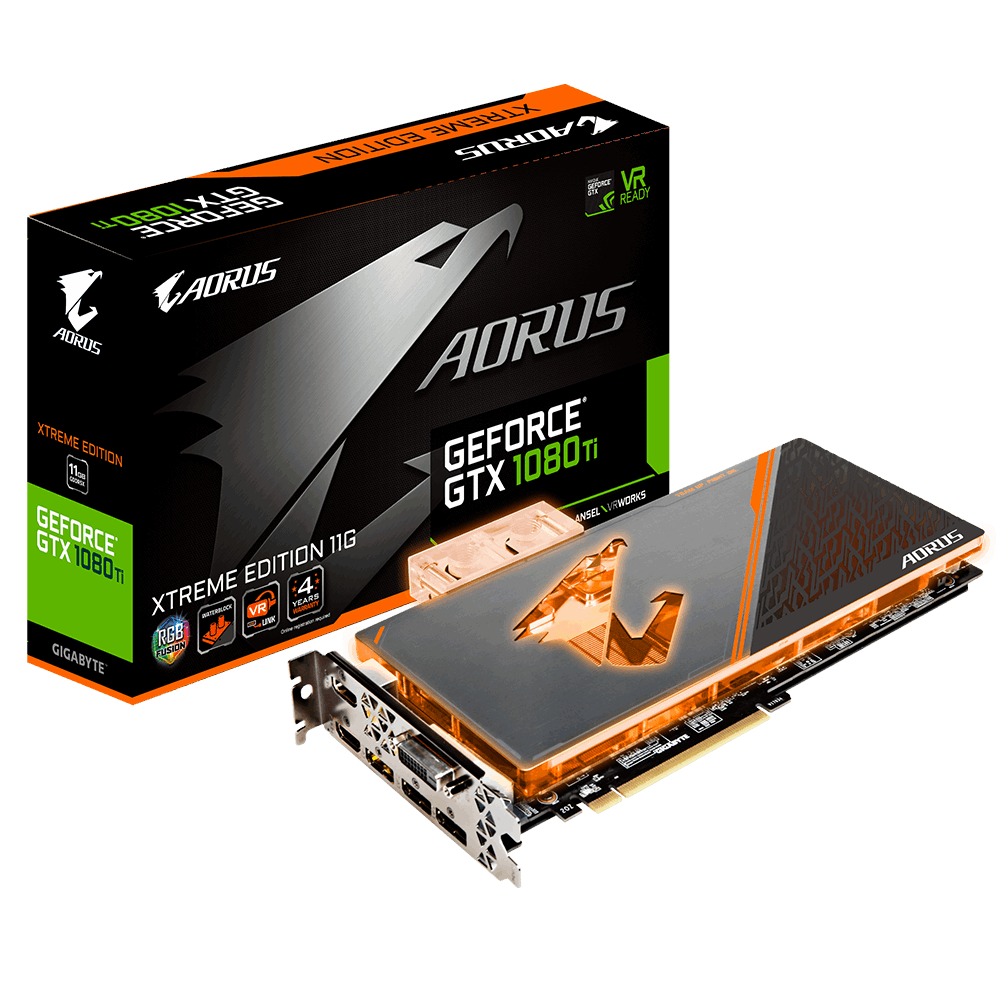 The card also features the VR-friendly connectivity with AORUS VR Link, which well prepares users for VR gaming. The full-spectrum RGB illumination on both sides of the card and along the card edges lights up the fierce AORUS logos from every angle. Users are free to customize with virtually unlimited color options and lighting effects for building a totally unique and personal gaming rig. In addition to aesthetics, the aerospace-grade PCB coating applied on the card protects the circuit board against moisture, dust, and corrosive contaminants, providing solid safety measures for the graphics card in case of any coolant leak.